Hey everyone, and welcome back to another Top 5 Tuesday!

Hey everyone, and welcome back to another Top 5 Tuesday! For me, books that make me laugh are a rather important part of enjoying a book! So let’s dive right in… END_OF_DOCUMENT_TOKEN_TO_BE_REPLACED

Today, *drum roll* I’m going to be sharing some of my favourite historical-fiction books with you! Now, it might be you have already read these three books, and if so, no worries, I’m on my way to conjuring up another post on historical fiction books soon!

Historical fiction is one of my favourite genres.

Now, if you haven’t read any of these three books… you have a lot of enjoyable reading ahead of you (and I envy it).

To Kill a Mockingbird

If you’re surprised, you shouldn’t be.

Title: To Kill a Mockingbird

Synopsis: The unforgettable novel of a childhood in a sleepy Southern town and the crisis of conscience that rocked it, To Kill A Mockingbird became both an instant bestseller and a critical success when it was first published in 1960. It went on to win the Pulitzer Prize in 1961 and was later made into an Academy Award-winning film, also a classic.

Compassionate, dramatic, and deeply moving, To Kill A Mockingbird takes readers to the roots of human behavior – to innocence and experience, kindness and cruelty, love and hatred, humor and pathos. Now with over 18 million copies in print and translated into forty languages, this regional story by a young Alabama woman claims universal appeal. Harper Lee always considered her book to be a simple love story. Today it is regarded as a masterpiece of American literature.

“You never really understand a person until you consider things from his point of view… Until you climb inside of his skin and walk around in it.”

It focuses on Mr. Atticus Finch, a lawyer, and father of two precious children: Jem (the older brother) and Scout (the younger sister).

The children are coming to terms with their society, while their father fights for the rights of a black man accused of the rape of a young white woman.

“Atticus told me to delete the adjectives and I’d have the facts.” -Scout

Mr. Finch is given the role of defending Tom, the black man. And the problem is not that Atticus isn’t doing his job, but was because he is doing it. And a lot of people have a problem with that.

But besides this, To Kill a Mockingbird is also about a lot more. Much, much more.

“The one thing that doesn’t abide by majority rule is a person’s conscience.”

“Shoot all the bluejays you want, if you can hit ’em, but remember it’s a sin to kill a mockingbird.” -Atticus 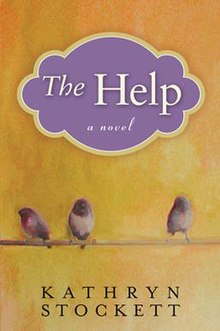 Out of all of the books in this list, this is by far my favourite (not that the other two aren’t good, because they are, these are all five-star reads, as you can see).

“You is kind. You is smart. You is important.”

Twenty-two-year-old Skeeter has just returned home after graduating from Ole Miss. She may have a degree, but it is 1962, Mississippi, and her mother will not be happy till Skeeter has a ring on her finger. Skeeter would normally find solace with her beloved maid Constantine, the woman who raised her, but Constantine has disappeared and no one will tell Skeeter where she has gone.

Aibileen is a black maid, a wise, regal woman raising her seventeenth white child. Something has shifted inside her after the loss of her own son, who died while his bosses looked the other way. She is devoted to the little girl she looks after, though she knows both their hearts may be broken.

Minny, Aibileen’s best friend, is short, fat, and perhaps the sassiest woman in Mississippi. She can cook like nobody’s business, but she can’t mind her tongue, so she’s lost yet another job. Minny finally finds a position working for someone too new to town to know her reputation. But her new boss has secrets of her own.

Seemingly as different from one another as can be, these women will nonetheless come together for a clandestine project that will put them all at risk. And why? Because they are suffocating within the lines that define their town and their times. And sometimes lines are made to be crossed.

In pitch-perfect voices, Kathryn Stockett creates three extraordinary women whose determination to start a movement of their own forever changes a town, and the way women — mothers, daughters, caregivers, friends — view one another. A deeply moving novel filled with poignancy, humor, and hope, The Help is a timeless and universal story about the lines we abide by, and the ones we don’t.

This book, too, is about black rights in America. It’s more focused about the mistreatment of black maids, and I really, really, love it.

For me, this is one of those books that will just suck me in from the beginning and not let me go. I might be doing other things while in the process of reading it, but in the back of my mind, I’ll still be thinking about it, wondering about it.

Why do I love it so much?

“All my life I’d been told what to believe about politics, coloreds, being a girl. But with Constantine’s thumb pressed in my hand, I realized I actually had a choice in what I could believe.”

“Ever morning, until you dead in the ground, you gone have to make this decision. You gone have to ask yourself, “Am I gone believe what them fools say about me today?”

“She’s wearing a tight red sweater and a red skirt and enough makeup to scare a hooker.”

“That’s what I love about Aibileen, she can take the most complicated things in life and wrap them up so small and simple, they’ll fit right in your pocket.”

“Wasn’t that the point of the book? For women to realize, We are just two people. Not that much separates us. Not nearly as much as I’d thought.”

“All I’m saying is, kindness don’t have no boundaries.”

The Boy in the Striped Pyjamas 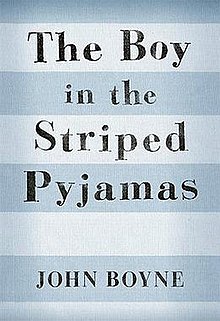 Title: The Boy in the Striped Pyjamas

When Bruno returns home from school one day, he discovers that his belongings are being packed in crates. His father has received a promotion and the family must move from their home to a new house far far away, where there is no one to play with and nothing to do. A tall fence running alongside stretches as far as the eye can see and cuts him off from the strange people he can see in the distance.

But Bruno longs to be an explorer and decides that there must be more to this desolate new place than meets the eye. While exploring his new environment, he meets another boy whose life and circumstances are very different to his own, and their meeting results in a friendship that has devastating consequences.

“Sitting around miserable all day won’t make you any happier.”

I also cried over this book. It’s a sad story, but don’t let that put you off reading it.

“Don’t make it worse by thinking it’s more painful than it actually is.”

Now, for starters, this book is short (224 pages to be exact, but I finished it pretty quick), so I don’t want to ramble on too long about it because it is likely I will end up spoiling something.

“Their lost voices must continue to be heard.”

This book deals with a very serious subject. A very heart-wrenching subject (and if you are one of those people who shy away from sad books or these sorts of things, like I said before, don’t, you need this book in your life).

“Bruno: We’re not supposed to be friends, you and me. We’re meant to be enemies. Did you know that? ”

This is not a book to be missed, guys. A trip to the bookshop (or to your Kindle store) is due!

and that’s it for this post 🙂 Hope you enjoyed it, and if you’ve read any of these books, let me know what you think about them! And if you haven’t, which book are you most excited to read?

Stay tuned for more posts coming your way (and let me know what type of ones you want to read next)! 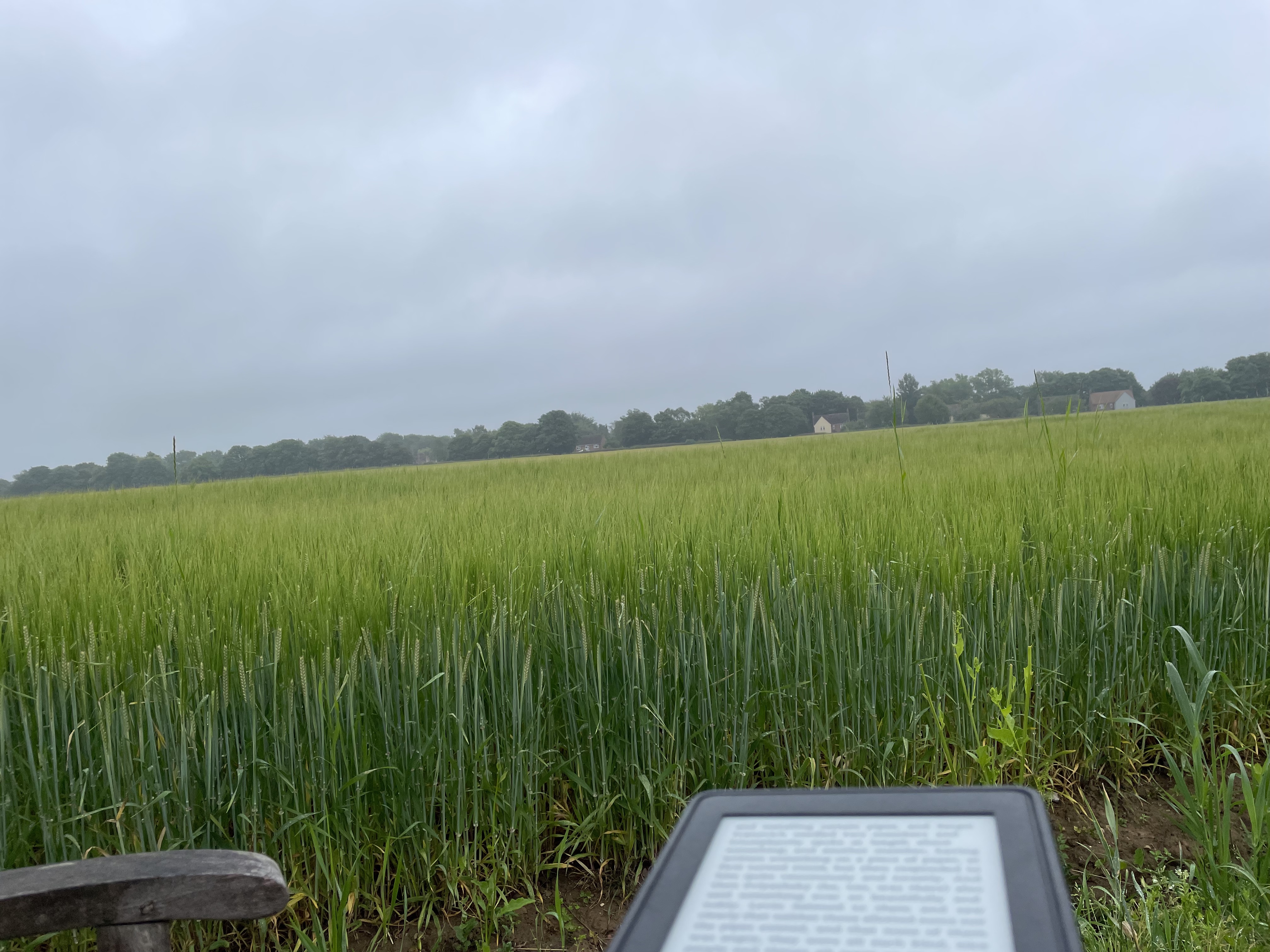 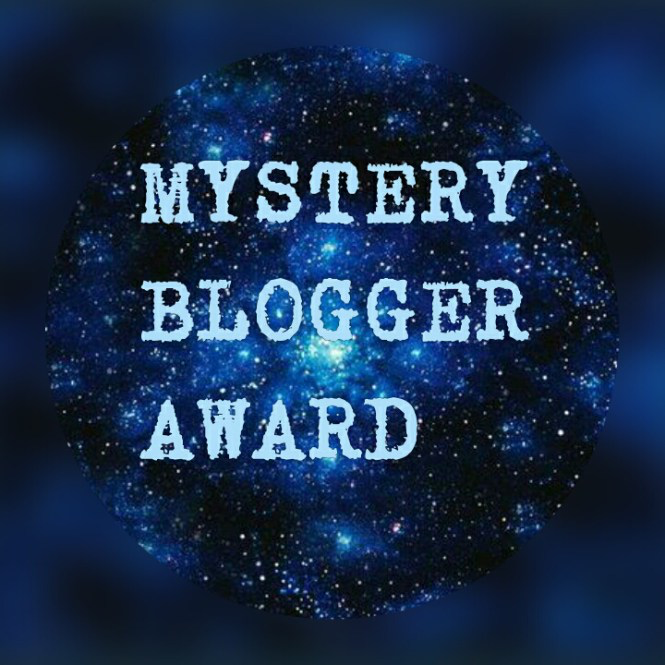