2017 is over already. Can you believe it? I’m still recovering from the shock, slowly but surely. There were so many things I wanted to read this year, and I remember freaking out around mid-September over all of the mounds of books that I had yet to devour.

See my December TBR. This month has been a glorious reading month! Definitely some all-time favourites here!

The Hunger Games by Suzanne Collins 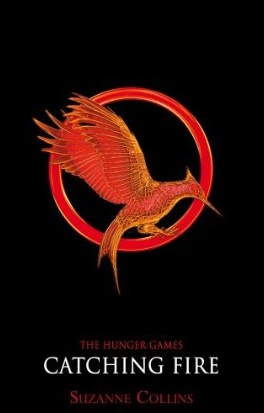 Shadow and Bone by Leigh Bardugo

The Raven Boys by Maggie Stiefvater

A Voice by Umm Zakiyyah

This is the second book in the If I Should Speak series. Reviews for the first book and this one coming soon.

See review for it here

The Dream Thieves by Maggie Stiefvater

I’d like to thank you for reading my blog and taking your time to scroll through my post(s)! I’m new to the blogging world, I just started in October, and so far it’s been really great 🙂

It’s December 31st today, and tomorrow will be the start of a fresh year, a new slate, lovely new months stretching out ahead of us. It’s exciting, scary… exciting!

What are your bookish new resolutions?

Speak to you all very soon!

Fun fact: Scarlet is based on little Red-Riding Hood

Summary: Our beloved cyborg, Cinder, is back with a new full-of-himself accomplice on a break-neck mission. Half way around the world, stunning Scarlet is on her own mission to find her Grandmother, who’s been missing for two weeks. Accompanied by this stranger (…Wolf!) that she decides to trust, she sets off to do so. These two kick-ass heroines will find that their two missions are surprisingly intertwined.

This book is goals. #bookgoals

I finished this in… 2 days? 3 days? Which I think is a pretty impressive feat considering it is a whopping 454 pages long while juggling extra studies simultaneously.

“Besides, if you are who you claim to be, that makes you my true queen. Therefore, you have my loyalty.”

Wow. This really was not what I was expecting. If you read my review for Cinder, you would know I wasn’t too keen on it, having to force my way through half of the book and getting very bored in the process.

But I still intended to read the second book, Scarlet, and I’m so glad I did because it is such an immersing and intriguing read. It is jam-packed with plot twists round every page and it’s a proper rollercoaster of a ride with precious characters that enhance every step of the journey.

I had so many doubts and second doubts throughout this read. I tried to guess what would happen next, but I found myself wrong and then wrong again. It’s very surprising. I can’t wait to find out what happens next in Cress – because I feel like now we have a proper crew and a mission with a clear purpose (because I feel like before it was a bit hotchpotch and they were like yeah we gotta do something but they hadn’t completed figured it out until the end of Scarlet)  and I love it all!

“A relieved grin filled up Thorne’s face. “We’re having another moment, aren’t we?”

“If by a moment, you mean me not wanting to strangle you for the first time since we met, then I guess we are.”

I couldn’t help sneaking a bit about the characters in the plot section above… and I’m sure its already obvious I love them all to pieces!

Cinder, I found is much more likeable in this book than in the first one, probably because she’s less thought and more action, which I prefer. Her beauty, I found, is emphasised a lot more here too.

“I don’t see that her being cyborg is relevant.”

Scarlet is by far my favourite. She’s tough and has an undying love for her Grandmother which lead her to risking her life again and again. She is bold and brave. She’s also rash and impulsive, and can be somewhat stupid at times, and I kinda like that. It makes her more of a real character, though there were times were I was just face-palming. But I did relate to her, in a way.

“She sighed, annoyed at her restlessness. “So,” she said, disrupting Wolf in another backward glance.
“Who would win in a fight—you or a pack of wolves?”
He frowned at her, all seriousness. “Depends,” he said, slowly, like he was trying to figure out her motive for asking. “How big is the pack?”
“I don’t know, what’s normal? Six?”
“I could win against six,” he said. “Any more than that and it could be a close call.”
Scarlet smirked. “You’re not in danger of low self-esteem, at least.”
“What do you mean?”
“Nothing at all.” She kicked a stone from their path. “How about you and … a lion?”
“A cat? Don’t insult me.”
She laughed, the sound sharp and surprising. “How about a bear?”
“Why, do you see one out there?”
“Not yet, but I want to be prepared in case I have to rescue you.”
The smile she’d been waiting for warmed his face, a glint of white teeth flashing. “I’m not sure. I’ve never had to fight a bear before.”

Wolf, was the one I was having doubts about again and again. His presence really did bring about an array of questions, suspicion, but a tinge of hope. I try to keep my reviews as spoiler-free as possible (and if spoilers, I put them in white), so for those of you who have read this book, you know what I’m talking about, those of you who haven’t, well, you gotta read it to find out.

“I lied to you about a lot of things….but I meant every apology.”

Thorne, I found hilarious. I have to admit, a bit annoying at first, but once he proves his worthiness a couple more times you can’t really hate him. I definitely prefer him to Kai. I’m not sure about Wolf.

“He gaped at the controls. “Why is my ship talking back to me?”

Kai… I am annoyed. spoilers> why marry Queen Levana when that is obviously just officially dooming your country? Yeah, I get you feel helpless, but then at least try and work on some kind of… something… instead of officially making it impossible. Hadn’t Cinder warned him? He should’ve taken it more seriously since she risked her life and got thrown into prison and officially made herself Levana’s ultimate enemy?< Why? Why? Why?!

The writing isn’t anything too amazing, I think this book is more about the action and the plot than the descriptions and all. But it did a good job of portraying the story in a way that it flowed and all fit together.

I didn’t really have any problems at all 🙂

So that is my review for Scarlet! I hope you guys all enjoyed it!

Who is your favourite… Scarlet or Cinder? Do you prefer how the books begin with the main characters names or not? Kai or Thorne or Wolf?

Today I’m back with another tag! I found this tag at amreade. It was originally made by Diana Peach here.

Do you have a specific place for reading?

Not necessarily. I like to read somewhere comfortably though, like either on a sofa or my bed. But I have read in all sorts of places, like on the bus, plane, train, airport, dentist’s… IKEA!

Bookmark or random piece of paper?

Probably a random piece of paper. I never seem to find my bookmarks when I need them. But I never fold the corner of the page I’m reading on. Ever. It’s this unwritten law of mine.

Do you eat or drink while reading?

I drink and eat usually only while I’m reading on an ebook, so I can prop my device up and things don’t get (too) messy. And if they do, you can always wipe it off from the screen. No sweat.

Music or tv while reading?

None. It’s impossible for me to read like that, I just get distracted and stay on the same page on the same paragraph again and again wondering what on earth it is talking about.

One book at a time or several?

If I am reading one book at a time, that book will definitely get finished fast. But if I am reading a couple of books simultaneously, then all of the books are going to lag a bit and take longer to finish than if I had just been reading that one thing.

Do you prefer to read at home or elsewhere?

Read out loud or silently?

Silently! I only read out loud when I’m reading to someone or for a class or something. For some reason my mouth always tends to go dry almost immediately after I start reading out loud. I have no idea why.

Do you read ahead or skip pages?

I try not to, but in a really gripping moment I may accidentally skip lines to see what happens next, and sometimes when I’m casually flipping through a book I read a spoiler and I’m just like, ugh, why did I do that?!

Do you write in books?

No, unless it’s for my studies like with Animal Farm (ergh, who agrees with me this book is so unbelievably boring, despite having a good political thingy to it?).

What books are you reading now?

The Dream Thieves by Maggie Stiefvater and Red Queen by Victoria Aveyard.

What is your childhood favorite book?

From when I was 3-6 years old I loved the book We’re going on a bear hunt by Michael Rosen.

What is your all-time favorite book?

When I was a tween that was Anne of Green Gables, but now I don’t really have one, but I do have a selection of all-time favourites that is constantly growing!

And that is the tag! I hope you guys all enjoyed it! I tag… anyone who would like to do this 🙂 Please leave the link to your post of this tag (if you do it) in the comments so I can check it out!

Speak to you soon!